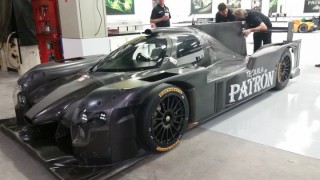 PDS client Extreme Speed Motorsports has been busy preparing for the start of their racing season with their brand new Honda Performance Development ARX-04b.

The team completed a shakedown of their new LM P2 prototype coupe earlier this month, before heading to Sebring International Raceway last week to continue their preseason preparation.

ESM will be competing full time in the FIA WEC in 2015 while also taking on the Tequila Patron North Endurance Cup in the TUDOR United SportsCar Championship. The team will be kicking off its season at the Rolex 24 at Daytona January 22 – 25, 2015.

Click here for more on ESM’s first laps aboard the HPD ARX-04b.

Click here for video of the HPD ARX-04b on track at Sebring International Raceway.