Congratulations to Starworks and Team Falken Tire for PLM wins 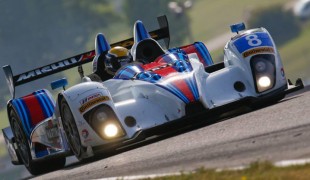 PDS would like to congratulate its clients Starworks Motorsport and Team Falken Tire for their class wins at Petit Le Mans this past weekend.

The two teams closed out the inaugural TUDOR United SportsCar Championship season on a high note by coming out on top in the 10-hour event that took place on October 4 at Road Atlanta.

It was the third PC class win of 2014, and first Petit Le Mans victory, for the #8 Starworks Motorsport Martini ORECA FLM09 driven by Renger van der Zande and Mirco Schultis, who were joined by Alex Popow for this final round of the season.

In the GTLM class, the #17 Team Falken Tire Porsche 911 RSR driven by Bryan Sellers and Wolf Henzler took its first win of the season, which was also the team’s second consecutive Petit Le Mans victory.

For more on each win visit the links below: