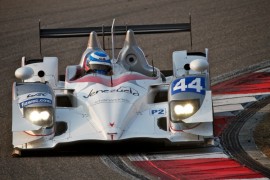 PDS couldn’t have asked for a better way to kick off the WEC season with client Starworks Motorsport. Although the team only completed the car build at Sebring ahead of the race, the Florida-based team went on to win in their debut race with the Honda Performance Development ARX-03b.

Starworks Motorsport produced the ultimate David v Goliath performance to upset the odds with a display at 60th Mobil 1 Twelve Hours of Sebring fuelled by Fresh From Florida that stunned the motor sport world. The Fort Lauderdale-based team completely built their Honda Performance Development ARX-03b car in just nine days – but that only tells half the story.