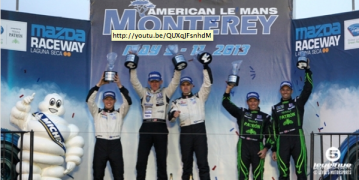 PDS spent the past weekend with its newest client Level 5 Motorsports at Laguna Seca for the third round of the 2013 American Le Mans Series championship. Owner Lee Szczypski couldn’t have asked for a better way to kick off this new partnership with Level 5 crossing the finish line first in its class.

Having claimed pole position, fastest race lap and a dominant 1-2 finish, you couldn’t have scripted a better weekend for Level 5 Motorsports, which took its fourth consecutive class victory in the American Le Mans Monterey, the third round of the American Le Mans Series presented by Tequila Patrón.