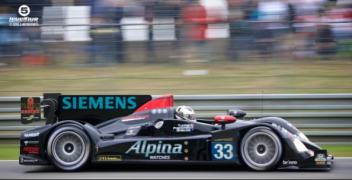 PDS client Level 5 Motorsport may not have scored a win or a podium finish at Le Mans this year, but sometimes just getting a finish at the 24 hour race and taking the checkered flag is a reward of its own.

Nine-time national driving champion Tucker and co-drivers Marino Franchitti and Ryan Briscoe entered the French endurance classic with high hopes, despite an unrepresentative qualifying effort that put them far back on the starting grid. However, a stunning opening quadruple stint by the IZOD IndyCar Series star saw the Michelin-shod prototype move up to third in the competitive LMP2 class.